Dance 360, established in 2007, is owned and directed by Tracy and Tim Latini. Dance 360 offers dance programs for students of all ages and abilities. Located in Willow Grove, Pennsylvania, we welcome students from all surrounding areas. At Dance 360, our highly trained teachers and assistants are dedicated to bringing out the best in each student. 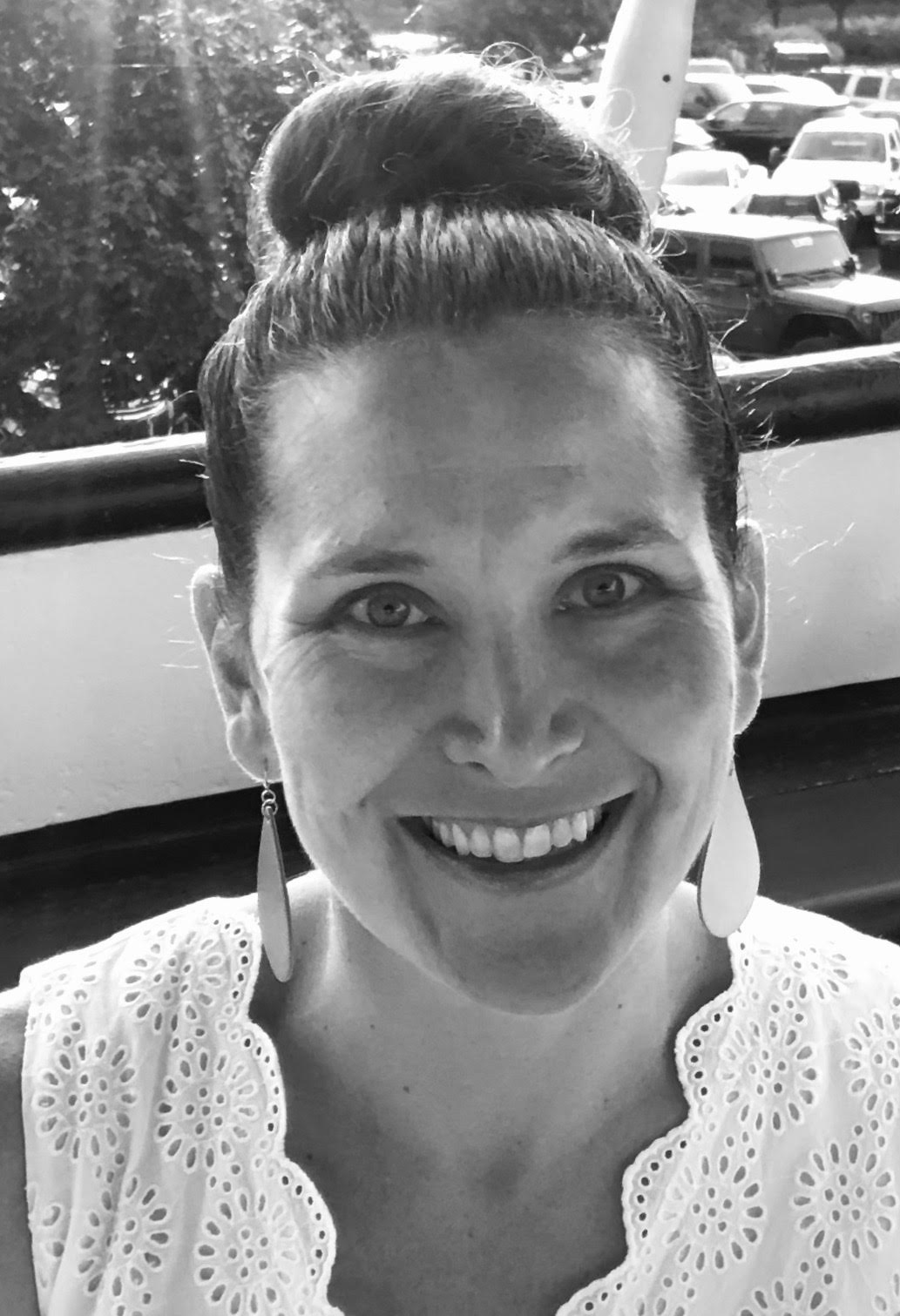 Tracy Latini is the director and owner of Dance 360. Tracy started dancing at the age of five and began competing at the age of eight. Tracy graduated from DeSales University with a BA in dance in 2003. During her college years, Tracy performed and choreographed for the DeSales Dance Company and the DeSales dance team.

Her choreography was showcased in the DeSales Dance Ensemble, the “GLUE” series, and various venues throughout PA. Since graduation, Tracy was a member of the House of the Roses dance company in NYC under the direction of Jeff Shade, where she performed at “Project Dance” in Times Square, the faculty shows at Steps on Broadway, St. Joseph’s College in Long Island, and various events throughout NYC.

Tim Latini is co-owner and office manager of Dance 360. Tim has never danced, but was brought into the dance world through Tracy. Tim loves working with kids, as reflected in his day job as a second grade teacher in the Upper Moreland School District. Tim attended DeSales University where he majored in Elementary Education with a minor in Special Education. He received his Masters Degree in Reading with a Reading Specialist Certification from Gwynedd Mercy University. When Tim is not at school or at the studio, he enjoys spending time with he and Tracy's three daughters, Tessa, Sadie and Paige. 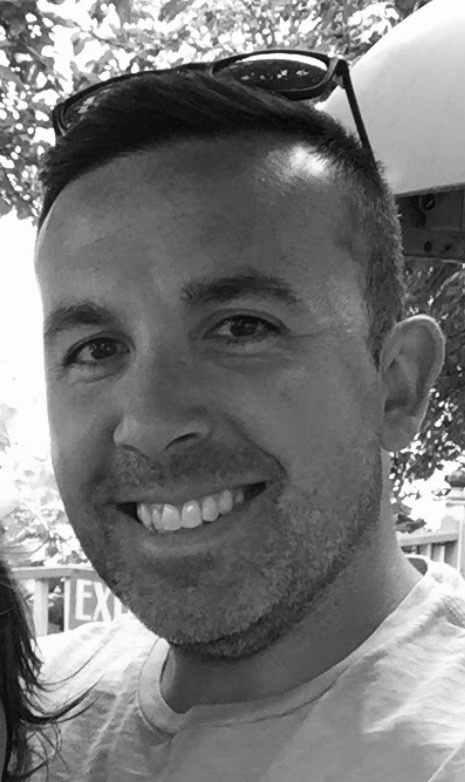 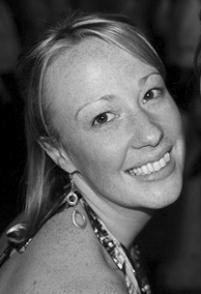 Katie Gutgesell began dancing at a very young age and hasn’t stopped ever since! She grew up dancing, competing and winning many national and regional competitions. Katie attended Shippensburg University, where she performed for the Shippensburg Dance Team. She then went to attend Penn State Abington, where she received her Paralegal Certificate. Upon graduation, Katie taught various genres of dance to students of all ages.

Katie currently works as a paralegal and enjoys spending time with her husband and two daughters. Katie loves being a part of the Dance 360 family and sharing her love of dance with all of her students!

From Northern New Jersey, Tia holds an M.F.A. in dance from Temple University, and a B.A. in dance from DeSales University. Technically trained in ballet, modern, and jazz; Many of her original pieces have been showcased nationally in New York (Dance New Amsterdam), Pennsylvania (Emerging Choreographers Concert) (Conwell Dance Theater), New Jersey, North Carolina (RDA) and Wisconsin (ACDFA). In the Philadelphia area she has had been professionally performing with Contempra Dance Theater as well as previously performing with DIPF in the New York New Jersey area. Tia was selected from a national group of candidates’ to participate with Regional Dance America’s Choreographer’s conference. Her choreography was presented and performed under the direction of “Nelly van Bommel”. She has worked administratively and artistically with Freespace Dance Company as an Intern, as well as performing and choreographing along side Weird Al Yankovic in his concert Apocalypse. 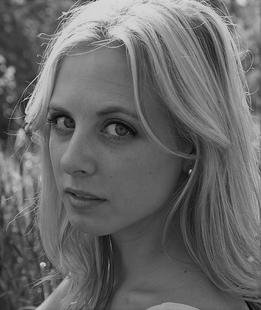 Her extensive choreographic research explores humanistic movements and reactions. Her exploration of co-dependent relationships is her most recent work showcased at Temple University’s Conwell Theater. Aside from being apart of the Dance 360 family, she is an adjunct professor within Rowan University’s Dance Department and the creator/director of the new dance department/AA major in dance at Bucks County Community College. Her current work includes curriculum design and exploring dance in higher education. Her focus is to educate her students on technical and theoretical practices of dance. 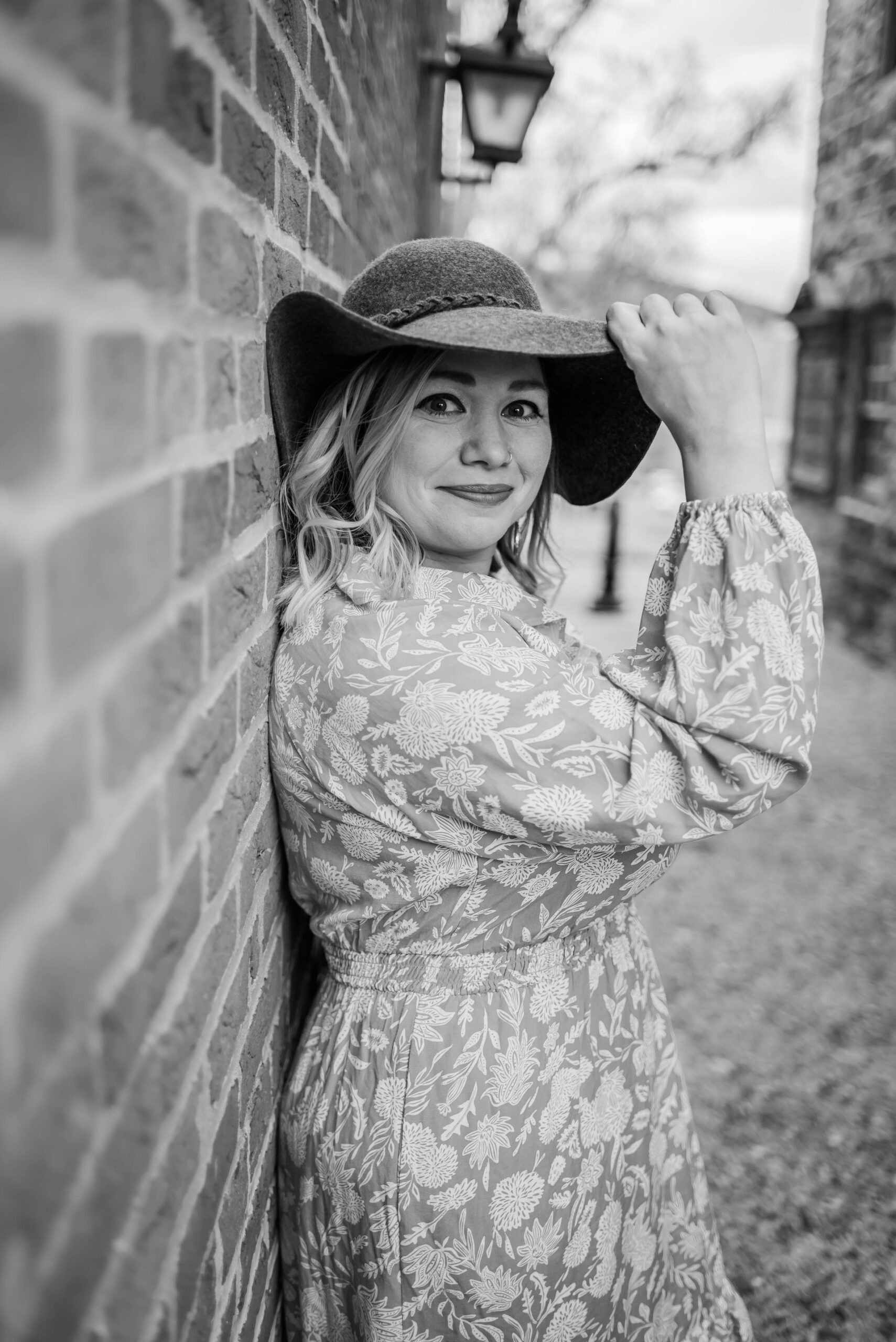 She holds her MFA in Dance from Temple University and was awarded a Terminal Master’s Project Completion Grant plus the 2018 recipient of the Rose Vernick Artistic Transformation Award. Up until the Fall of 2021 Mrs. Williamson was on faculty at Northampton Community College where she taught technique, theory and directed the Student Dance Showcase, before starting her own business. Currently she is a Mama Empowerment Coach and resides in the Poconos, PA with her two sons and husband. Miss Alana is so excited to be back with her dance 360 family and share her passion and love of dance artistry. She looks forward to inspiring her students to strive for their best in and out of the classroom.

Kayla danced for 14 years, taking classes in ballet, tap, jazz, hip hop, and lyrical and has always had a passion for the arts. In high school, Kayla was the Vice President of the Performing Arts Department at Archbishop Wood High School.

She also loves working with children and has worked in a daycare setting for over five years. Kayla has experience as an educator with children of ages two-three. She also enjoyed choreographing her school's annual Holiday Show and Graduation Shows. Kayla loves being a member of the Dance 360 team and sharing her passion for dance with her students! 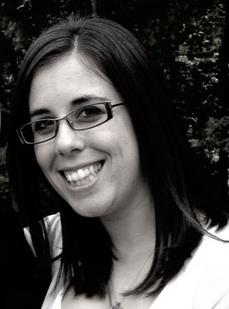 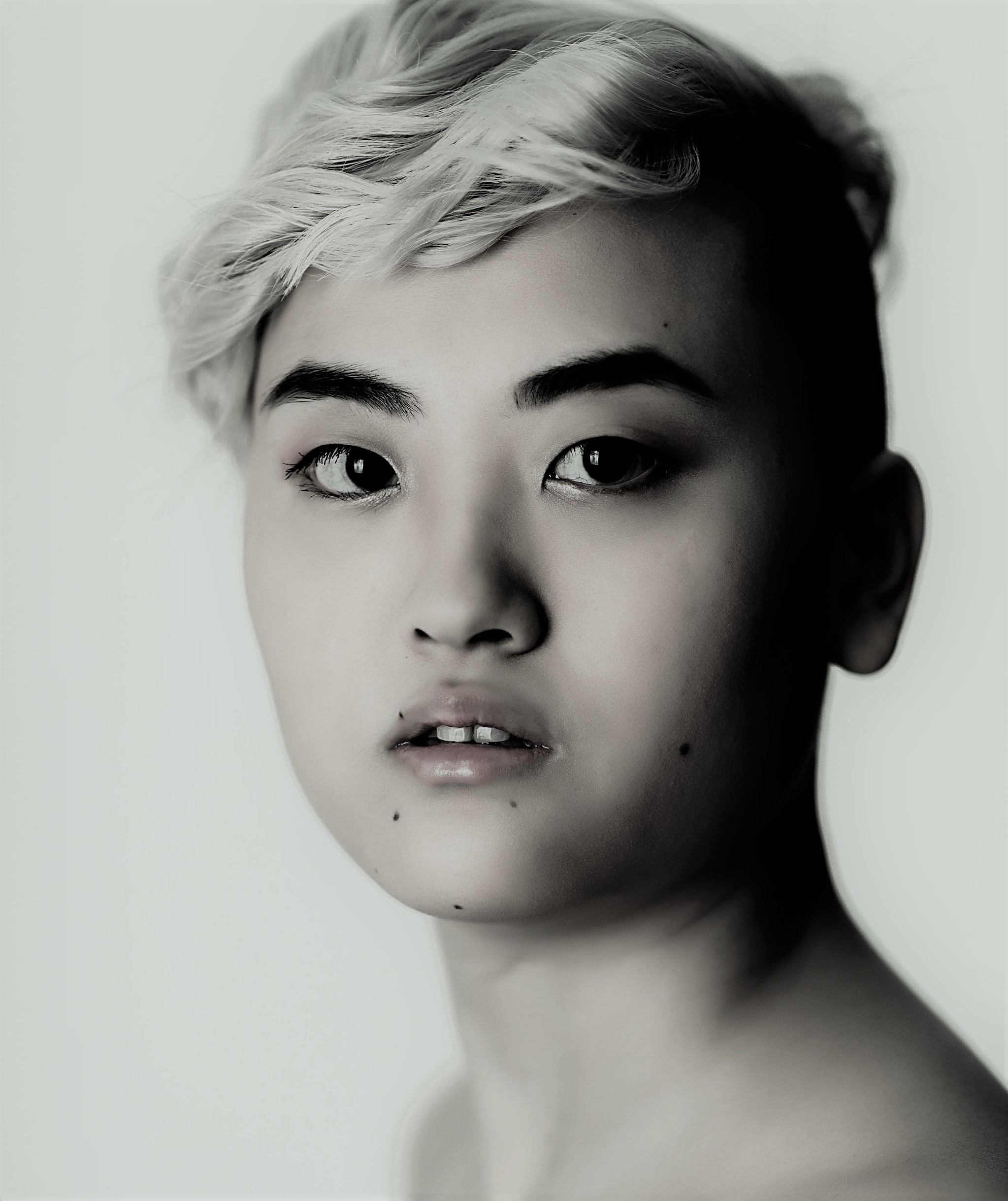 Em Godfrey is a Korean nonbinary performing artist, educator, and choreographer in the Mid-Atlanic region. Their dance training began in Maryland, where they obtained a Bachelor of Arts in Dance and Psychology at the
University of Maryland, Baltimore County. Professionally, Em has performed and showcased their choreography at multiple locations in the Baltimore/D.C area such as: Baltimore Theatre Project, Baltimore Light City/Brilliant
Baltimore, Dance Place, the annual American College Dance Association Conference, and the John F. Kennedy Center. They have continued their training with Hubbard Street Dance Chicago, Paul Taylor American Modern Dance, Peridance Contemporary Dance Company, and Philadelphia School for Circus Arts. Currently they perform professionally with SHARP Dance Company, Anne-Marie Mulgrew & Dancers Company, and Equilibrium Dance Company.

Jackie began dancing at the age of two and has always had a passion for it! Jackie is trained in various types of dances such as tap, jazz, lyrical, ballet, and modern. She received her B.A. in Psychology at Widener University and is currently receiving her Master’s in Counseling Psychology at Rosemont College.

While at Widener University, Jackie was involved with the Widener Dance Company where she choreographed for their annual recitals and dance team, while also dancing in various types of performances. Having been a dancer at Dance 360 once, Jackie is excited to be back and share her love for dance with the Dance 360 family! 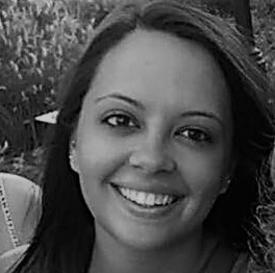 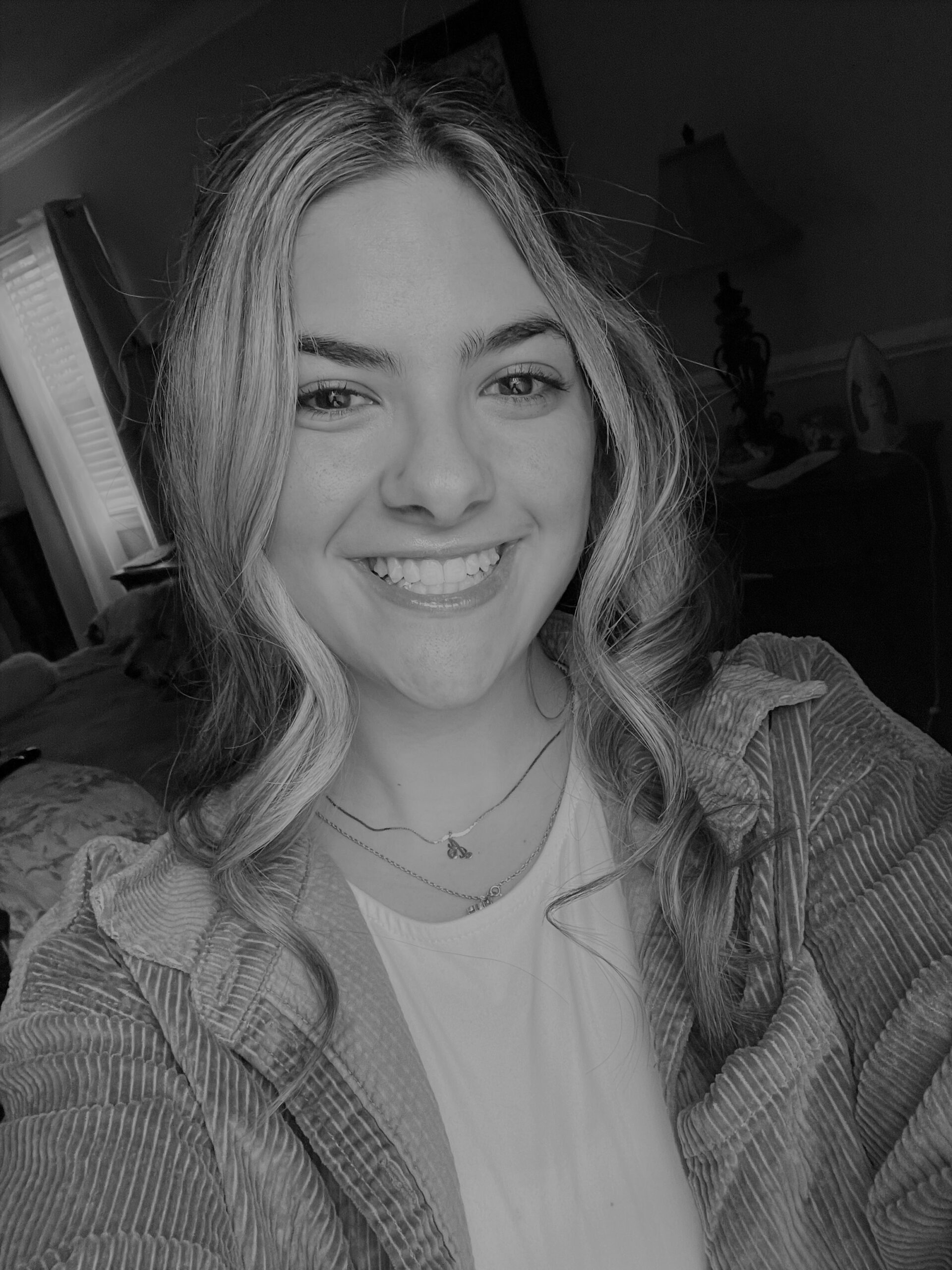 Anna Esbensen has been dancing since the age of 3. Anna’s training includes tap, ballet, jazz, as well as being a part the Dance 360 Company Competition Team for 6 years. Anna is currently a Sophomore at Holy Family University studying Nursing. Anna has always had a passion for helping others out and during the summer is teaching dance at a local summer camp. Having been a dancer here at Dance 360 from the start, Anna is excited to help the tiny dancers grow and have the same love for dance that she has.

Grace Esbensen began dancing at the age of 2 and instantly fell in love with it. Grace's training includes tap, lyrical, ballet, jazz and hip hop. Grace received her B.A. in Clinical Counseling Psychology from DeSales University and is currently in Graduate School at Eastern University where she is studying Early Childhood Education. Grace has always had a passion for teaching as well as a passion for dance and she is so excited to bring the two together! Being a previous dancer at Dance 360, Grace is thrilled to return home and help share her love for dance and positive attitude with her students! 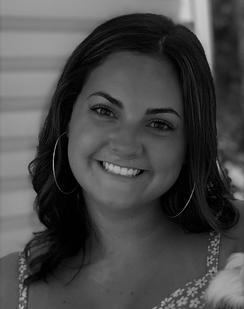 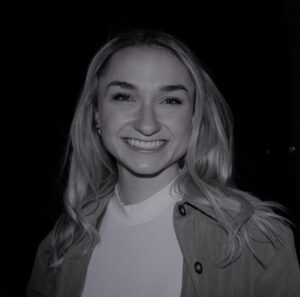 Kelsey is so excited to be a part of the Dance360 family! She graduated from West Chester University in 2022 with a psychology degree and a dance minor. In college, Kelsey was on the executive board and choreographed for the University Dance Company. She has also trained with the Pennsylvania School of Performing Arts, where she had the opportunity to perform with the Moscow Ballet, and the Institute of Dance Artistry while participating in many theatrical productions. Kelsey cannot wait to share her love for dance with everyone this year!

Alyssa Kennedy began her dance training at Children’s Studio for the Performing Arts in Connecticut. There she studied ballet, tap, jazz, and hip hop. She later attended The Greater Hartford Academy of the Performing Arts, with a focus in ballet and modern dance, along with much study in dance theory. Alyssa holds a Bachelor of Fine Arts degree from Temple University. There she studied ballet, contemporary, modern, and Umfundalai African dance. Alyssa has performed with several companies such as the Nickerson Rossi Dance Company, Brian Sanders’ JUNK, and Expansions Contemporary Dance Ensemble. She has toured as a dancer with the I Am King Experience and has performed in shows/festivals such as the Queens Dance Festive, the Inhale Performance Series, the Philadelphia Fringe Festival, the Vermont Dance Festival, and the Flair Dance Festival. Alyssa has taught a variety of styles and ages throughout PA, CT, and NY. She is thrilled to be a part of the Dance 360 team, continuing her love and passion for both dancing and teaching! 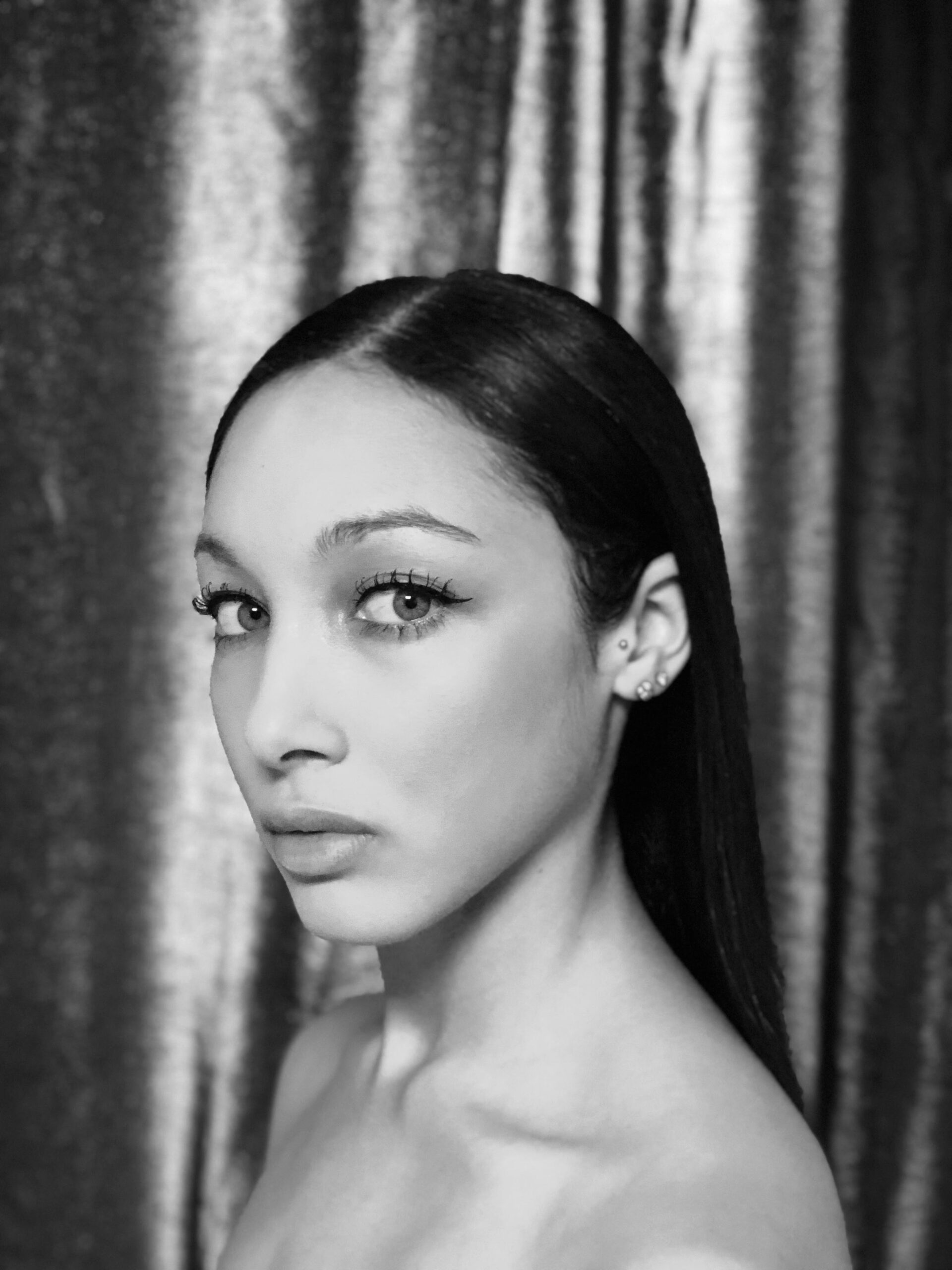